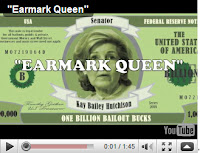 One can only wonder how much the "Texas Economic Miracle" benefited from the investment of federal dollars, including those that went to the state via earmarks.
Posted by Scott Frisch and Sean Kelly at 5:00 AM No comments: