Cheese Factories on The Inner Loop

The Inner Loop is a new internet radio program on VoiceAmerica. It features two long-time Washington insiders--Howard Marlowe and Michael Willis--who are serious about helping people to understand how "really works."
The episode for June 18, 2012 focuses on earmarks. The program features an all-star cast including a discussion of Cheese Factories on the Moon, former Appropriator Jim Walsh, and Steve Ellis from Taxpayers for Common Sense. Our segment begins at the five minute mark.

Posted by Scott Frisch and Sean Kelly at 3:37 PM No comments:

Things are heating up in the Cheese Factory

In his review for the Spring 2012 issue of the political science journal Congress and the Presidency (39:2, 219-221) Bruce Oppenheimer (Vanderbilt University), one of the giants of congressional studies, calls Cheese Factories on the Moon: Why Earmarks are Good for American Democracy "an easy-to-read, entertaining, and stimulating book...a heroic challenge to what is the nearly universally accepted wisdom about the evils of congressional earmarks...a valuable counterpoint to those who exaggerate and misconstrue the nature of earmarks."
Posted by Scott Frisch and Sean Kelly at 9:08 AM No comments: 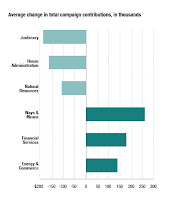 
Just before the Iowa Caucuses, with Rick Santorum surging in the polls, Rick Perry went on the attack criticizing Santorum's record on earmarks. Now neck-and-neck with Santorum in South Carolina, the Romney campaign has torn a page from the Perry playbook.

Romney has enlisted long-time earmark critic John McCain to likewise attack Santorum on earmarks. Invoking the names of South Carolina's two Senators McCain noted "I think [earmarks are] wrong for America and so does Sen. [Jim] DeMint and so does Sen. Lindsey Graham who have been staunch fighters against earmark and pork barrel spending." (The use of Graham's name is dubious given Graham's support for earmarks and his very public feud with DeMint over an earmark for the port at Charleston.)

Conjuring up one of his well-worn claims McCain argued on the campaign trail yesterday that "...earmark spending is the gateway to corruption...Sen. Santorum and I have a strong disagreement, a strong disagreement that he believes that earmark and pork barrel projects were good for America."

Misdirection takes advantage of the cognitive limits of the human mind. Typically we can only focus on one thing at a time. Misdirection works by focusing our attention on one thing, something likely to grab our attention, while a more meaningful objective is achieved unnoticed by the spectator.

Political misdirection uses the same principle; distract the public with an issue of dubious policy importance like earmarks while achieving larger policy goals. While the public is frothing over earmarks much more costly tax loopholes are woven into the tax code for the benefit of favored constituencies (with the added benefit of then decrying the tax code as too complicated and filled with loopholes).

An example came to our attention by way of an NPR story that aired this morning.

A recent study University of Kansas professors Raquel Alexander, Stephen Mazza, and Susan Scholz examines the "return on investment" of lobbying expenditures on the American Jobs Creation Act of 2004. The AJCA created an amnesty for U.S. corporations with foreign earnings that were held off shore. Corporations could "repatriate" those funds at a substantial tax discount (15% on earnings compared to the 35% tax rate on the earnings).

Alexander, Mazza, and Scholz estimate that companies spent about $288 million lobbying for the AJCA reaping tax savings of $62.5 billion; that is, for every $1 a corporation invested in lobbying on AJCA their average return on investment was $220.

This single tax loophole in 2004 cost about four times all of the earmark expenditures for that same year. A quick search of The New York Times for 2004 reveals almost 100 stories about earmarks and "pork barrel projects" and only one story about the $62.5 billion American Jobs Creation Act.

What we are suggesting is that earmark critics like McCain create a tempest surrounding earmarks while more fundamental and costly issues get little or no attention. Likewise, when it comes to the Republican Presidential nomination what stories about Romney are being ignored while the electorate and the media are distracted with earmarks?
Posted by Scott Frisch and Sean Kelly at 10:21 AM No comments: 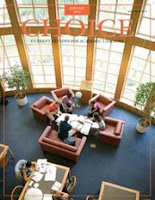 Scrolling through my (Sean) Facebook news feed this morning I was surprised to come upon CHOICE magazine's Top Review for the day: Cheese Factories on the Moon. The reviewer recommends Cheese Factories as

"...a worthwhile read for anyone interested in earmarks, the federal deficit, and the role of Congress and congressional spending decisions in the larger government/political picture."